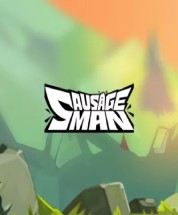 Here you can Buy valorant point in Malaysian region from Bangladesh and Delivery is given within 2 to 10 Minute.

How to Top Up Valorant Points From Jubaly?

** Here you can Buy valorant point in Malaysian region from Bangladesh

Valorant is an online multiplayer first-person shooter video game developed and published by Riot Games. It was released on June 2, 2020, for Microsoft Windows. The game is set in a futuristic world and revolves around a battle between two teams of five players. The game is a tactical shooter, with each player taking on the role of an agent with unique abilities.
The objective of the game is to eliminate the opposing team or complete the objective. Players must work together to coordinate attacks and use their individual abilities to gain an advantage. The game also features a “Buy Phase” where players can purchase weapons, armor, and other items to help them in their mission.
Valorant features a variety of game modes, including the popular “Spike Rush” mode, where teams must try to plant a bomb in the enemy base, and “Deathmatch”, where the team with the most kills wins. The game also features a “Competitive” mode, where teams can compete in ranked matches and earn rewards.
Valorant has become a popular game among both casual and competitive players, and has been praised for its intense and fast-paced combat and its deep and engaging game mechanics. With its unique blend of tactical shooter and character-based combat, Valorant has quickly become one of the most popular games in the world.
In the main game mode, players join either the attacking or defending team with each team having five players on it. Agents have unique abilities and use an economic system to purchase their abilities and weapons. Recharge Valorant now with Jubaly!

What Can be Top-Up From Jubaly?